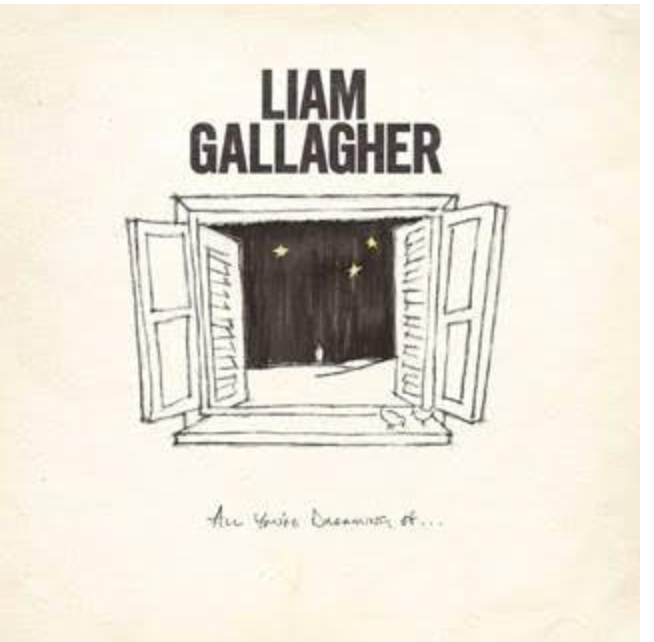 NEW SINGLE ‘ALL YOU’RE DREAMING OF’

TO BE RELEASED ON NOVEMBER 27TH

As a tumultuous year draws to a close, the forthcoming festive season introduces a new year and the hope of a fresh start. It’s important to remember that the challenges that face us today will in time fade, and life will gradually return to normality. It’s a message that Liam Gallagher captures in his emotive new single ‘All You’re Dreaming Of’, which will be released on November 27th.

Liam’s words strike to the heart of the subject matter, expressing a whirlwind of emotions with an elegant clarity as he sings, “What are you dreaming of? / Is It the kind of love that’ll be there when the world is at its worst?” As has been a hallmark of his solo career, his voice resonates with vulnerability. The weight of those emotions is amplified by the intimacy of the production: wistful piano revealing the power of those lyrics, accompanied by a swelling undercurrent of seasonal brass.

The song emerged in the summer after Liam put an unexpected spin on an idea created by his co-writer, the Ivor Novello winner Simon Aldred. It was subsequently produced by Andrew Wyatt, who has collaborated on both ofLiam’s chart-topping solo albums.

Liam commented: “‘All You’re Dreaming Of’ is an instant classic that is perfect for this time of year. Considering the year that we’ve all had, I hope this brings back some much needed love and hope. Bing Crosby would have been proud.”

‘All You’re Dreaming Of’ will also be released on vinyl on December 18th and is now available to pre-order here. It will be released on black 7” and a white 12”, the latter of which exclusively features the song’s original demo. A red 7” is available only from the official Liam Gallagher store. The b-side of each format is etched with star artwork and a unique lyric from the song.

Net proceeds from each download and stream will go to the leading charity, Action For Children, from the day of release until 31st December 2020. With 476 services in communities across the UK, Action for Children provides practical and emotional support to children and young people, as well as ensuring their voices are heard, and campaigning for every child to have a safe and happy childhood. This year’s coronavirus crisis has made life harder than ever for vulnerable children and families, and the charity’s frontline staff have been working tirelessly to support them.

Liam Gallagher is set to make a biblical return to performing on Saturday, December 5th with ‘Down By The River Thames’. The one-of-a-kind virtual live event will see Liam accompanied by his full band for a set broadcast from a barge travelling along the Thames. The show will include iconic songs, fan favourites and a few surprises, spanning both his all-conquering solo career and his legendary time with Oasis – some of which he hasn’t performed in years.

‘Down By The River’ will be streamed globally, exclusively on MelodyVR. Tickets are available here.

The post ‘Bing Crosby would have been proud’ Liam Gallagher announces new single appeared first on Louder Than War.