Bid to win a guitar signed by Pete Townshend and Roger Daltrey! 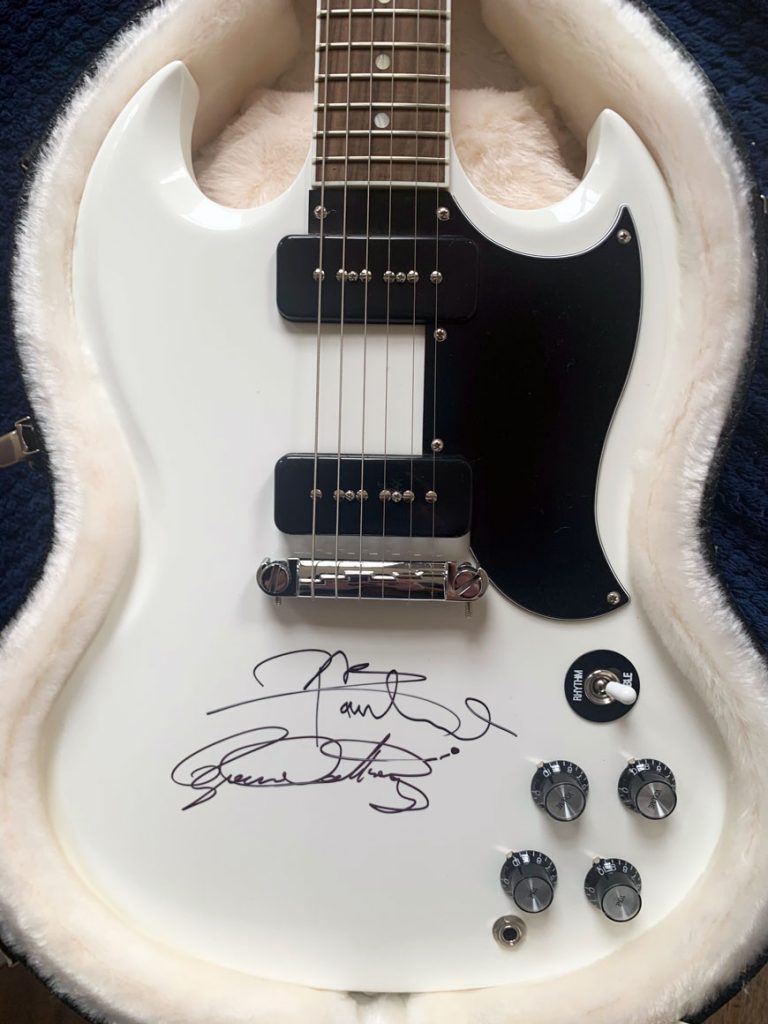 Pete Townshend has very kindly donated a white Gibson SG guitar signed by himself to a charity auction in aid of St John of Jerusalem Eye Hospital Group’s Mobile Outreach Programme. To bid on this amazing guitar and other fantastic items please go to the charity’s website.

If you wish to go straight to the bidding page you can find it here.

The guitar is a Gibson SG 2011 50th Anniversary Pete Townshend Polaris White, released in 2011 to commemorate the 50th anniversary of the Gibson SG and Pete’s later use of Polaris White Gibson SG Specials. To celebrate the Golden Anniversary of the instrument behind the Live at Leeds-era Who performances and recordings, the guitar has all the period-correct details of an early ’60s Les Paul/SG Special. With Pete’s preferred hardware complement, this model represents the early ’60s SG Special with a smaller pre-’65 pick guard (5-ply B/W/B/W/B) that Pete used for the first British Quadrophenia shows in late 1972 and early ’73, before switching to a Gibson Les Paul Deluxe for the remainder of the decade. The guitar comes in a replica of Pete’s original case with the word WHO stencilled on the lid. 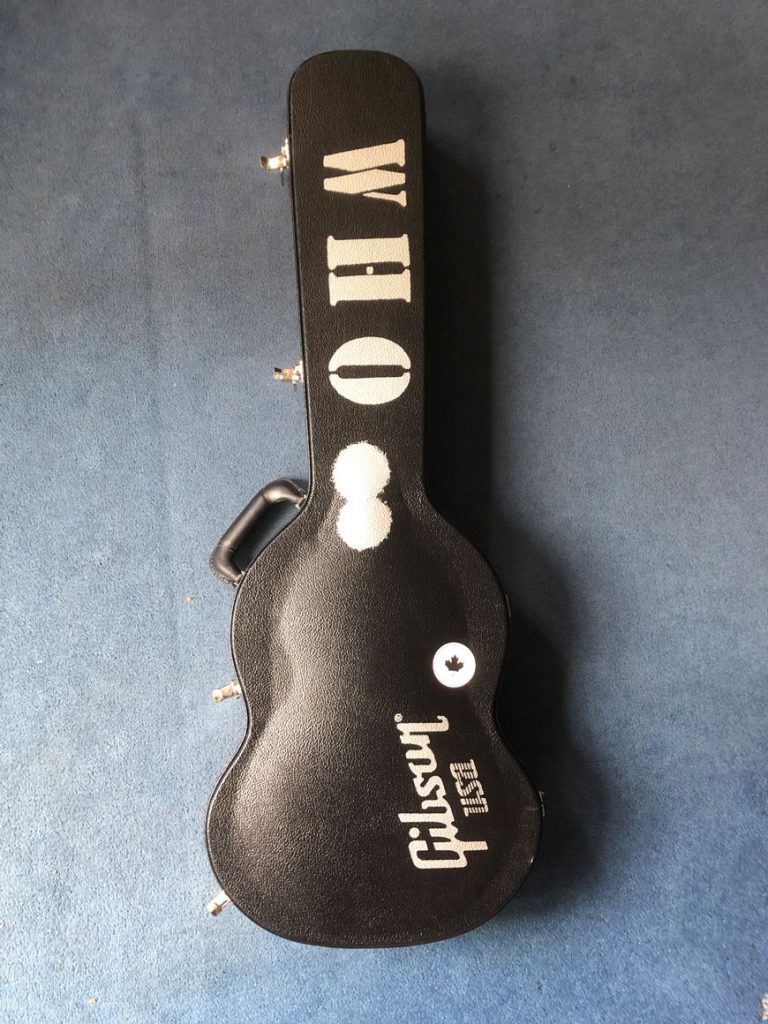 We are the oldest and only charitable provider of expert eye care in the Middle East and have clinics in the West Bank, Gaza, and Jerusalem treating patients regardless of ethnicity, religion or the ability to pay.

Our main hospital in East Jerusalem has been operating for over 137 years. The hospital is the main provider of eye care for Palestinians in East Jerusalem, and sees many of the most complex eye cases from across the oPt, which are referred to us from medical centres across the West Bank and Gaza. As it is the only charitable provider of eye care, the importance of the hospital for the region cannot be overstated.

Our facilities are internationally recognised as operating to the highest standards. St John Eye Hospital recently became the first Palestinian hospital to be awarded the three-year Joint Commission International (JCI) accreditation. JCI is a US-based organisation that has established patient safety and quality service standards for health facilities worldwide.

With high rates of poverty in the region, it is essential that we continue to make our services available to all.

The post Bid to win a guitar signed by Pete Townshend and Roger Daltrey! appeared first on The Who.