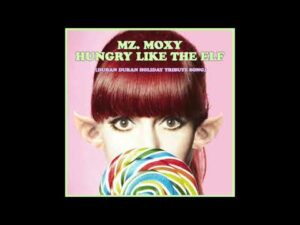 Covid & Boris have ‘cancelled Christmas’ but sod it!  Get some booze in and check out the best and worst Xmas Songs this year.

Liam Gallaghers was pretty dodgy but Robbies is a real stinker!

But before that unpleasantness here is what we at LTW (well, just me actually) think is the best, as in cleverest, quirkiest, catchiest Crimbo song we’ve heard this year.

It’s by the enigmatic Mz Moxy – about whom we know very little… other than this is a fab Christmas make-over of a Duran Duran hit from way back.

Now aint that the best Xmas song since the Waitresses?

And the only place you can buy it to help raise funds for The Lamb in Holloway Rd N7 is on the Hatful of Holloway covers album – track 12. (full review to follow).

It’s Xmas time / Scoop me some ice cream on that pie / Jingle bell sound – the fruitcake is found / and I’m hungry like the elf!

From the sublime to the ridiculous…

Robbie Williams – the former wild-man fuck-pig of middle-aged boyband Take That has released a turkey, I mean dropped a song, for Christmas.

It’s called You Can’t Stop Christmas – and obviously it breaches numerous Government guidelines. That and the fact that it’s utter shit.

Sadly some friends disappeared … it’s called death mate, the grim reaper, the final reckoning, it’s not a fucking illusionist vanishing trick!  When your mummy dies – she does not retuuuurrn!

It feels like we are at War…   Whaat an original metaphor  – go to the top of the class you smug, jovial little twat.

I won’t go on  – it’s just a MASSIVE turkey, by the huge BELL-END.   See how far you can get through the video without smashing your device!

Advertising feature and pisstake by Ged Babey who has been warned about drinking and publishing online content.