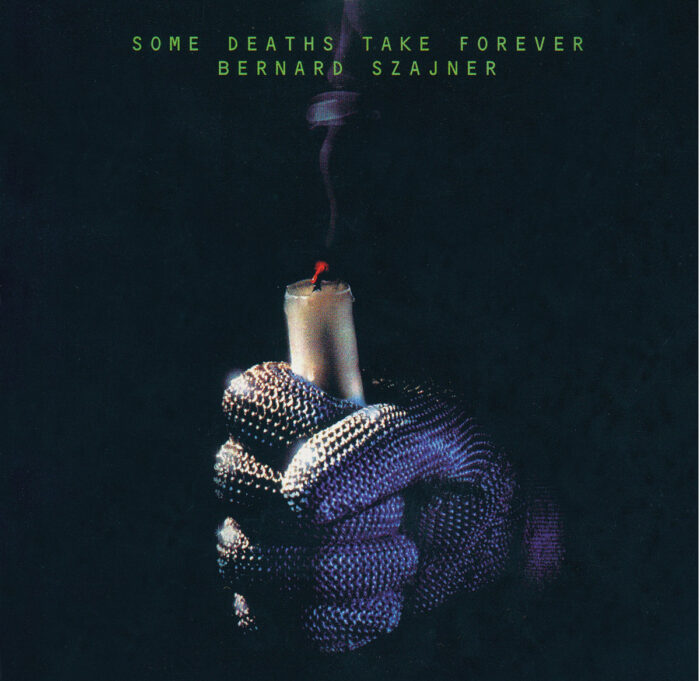 At times words are not enough. After a week spent immersing myself in this behemoth of an album, I paced around my flat, trying to find an opening cue to give form to the flood of impressions the record stirred in me. All I could think of was the dozy keyboard player in Spinal Tap, sat at the back of the bus whilst his cheesecloth Charlie mates are getting loaded, wanging away on some kind of Space Invader game. His excited reactions on the film sum this record up. “There’s a whole new world out there!” No shit, Sherlock.

I can imagine maybe one crazoid musician, Armand Schaubroeck, doing similar (well he did, I suppose, about himself, with A Lot of People Would Like To See Armand Schaubroek… DEAD). But the days of writing triple LPs about things like sex-starved aliens ending up in Leuven will have to stay for a while in the wide eyed 1970s, or the coke-smothered late 1990s. Nowadays concept LPs are “projects” and don’t really have that feel of dumb extravagance in tow, being very careful to be respectful and precise about gardening as an act of resistance, or some such.

Bernard Szajner’s opus is a reminder that we have to look back in time for oddball kicks of this calibre. Recording an album about the feelings of two prisoners waiting on death row, as a statement against capital punishment is both a noble and monstrous conceit; and reflected in that title, one that pulls no punches and is a wee bit questionable. Some Deaths Take Forever… On one level it’s muso voyeurism as an artform. “Hey, man, wow, like, imagine you’re on death row, man, that sucks… heavy!” On another it’s a brave attempt to put sincere feelings into music.

I’m going to take this record straight on, and imagine Bernard Szajner, lighting man for Magma, Gong, Pink Floyd and The Who, the inventor of the first laser harp, (which he called ‘The Syringe’), sat there in front of his telly in his rockin’ threads, being so moved by an Amnesty International documentary about two unfortunates on Death Row, that he decides to make a double LP about it all.

Luckily this is a fantastic listen right from the off. Everything pitches and tosses uneasily between queasy and glorious. The opening bars on opener ‘Welcome To Death Row’ are like ‘Baba O’Riley’ as a space invader game, the track becoming even more offbeam and spaced out as it goes on. The crooked vocals and squealing guitar licks contribute to a wider air of befuddled urgency, but then we listeners know some heavy shit’s happening somewhere… ‘Ritual’ follows on with an electronic raga that starts off weirdly reminiscent of Eno & Byrne’s “found sounds” fun before turning into an unobtrusive waltz better fitted to the musings of Aksak Maboul. ‘Execute’, as befits the name, is a more paranoid outing; a lost Morricone soundtrack which sets up a glorious follow on, ‘Ressurector’, which could be Edgar Froese and Mike Oldfield jamming against each other. The fruity guitar licks (as well as the ones in ‘The Memory’) are a wee bit reminiscent of late ‘70s Michael Karoli too.

Echoes of Szanjer’s old muckers in rock can be heard now and again, one sequence on ‘Thol Onsia’ sounding like Gong, circa Angels Egg. More surprisingly the strains of then-contemporary post-punk and avant garde sounds can be heard throughout the record. As well as the aforementioned ‘Ritual’, we can point to ‘Suspended Animation’; a lost track by The Residents if ever there was one. Then there is ‘A Kind of Freedom’, which soundtracks the Kraftwerk robots indulging in a kinky waltz.

Bernard Szajner does his level best to impress on us the seriousness of his project. As well as grimoire-laden tracks like ‘A Single Broken Wing’, there are a number of audio collages and raportage sequences where muffled voices drop in and out of the atmosphere, one of which samples the haunting phrase, “The hobgoblins of Kremlin minds.”  Perhaps the best of these is the doleful ‘And Executed’ which (maybe because of the ghostly vocal refrain) has a minimalist feel to it, one even reminiscent of Philip Glass. By the end it comes on like early New Order too. Maybe it’s the blunt bleeping electronic beat that’s used. Overall, these intervals create an atmosphere reminiscent of 1979-1980: the paranoia and clammy claustrophobia of those years, and the idea of the future as something enticing and a threat are both fully present.

Best is possibly saved until last. ‘Warden Plays’ is a brilliant electro glomp, a simple, nay, remedial melody just carries on ad nauseum, very much in the manner of Moebius and Plank’s Material LP. Finishing matters off is the 10 minute ‘Er Aera’, a sort of eerie ambient symphony that is a beautiful mix of alien signalling and someone mucking about in private on a church organ.

It’s a wonderful listen, you really should give this re-release a lot of time.