ROB ZOMBIE is a name that is synonymous with Rock, Horror and all things weird. Forming White Zombie in 1985 he quickly amassed a following that has continued with him through the Nineties and into his solo career.

His first feature length movie, House of a 1000 Corpses, was a cult hit gaining more fans and supporters for all things macabre and alternative.

Mad Hatter Productions brings you the closest experience to ROB ZOMBIE for any fan of his work. SUPER BEAST captures the live experience that fans crave for, filling the gap on our stages that the current epidemic has caused.

SUPER BEAST bring you the full stage show with costumes, make up and theatrics that you expect from a ROB ZOMBIE Hootenanny. Whether you are there for the love of his music or his movies, come and celebrate all things Zombie.

SUPER BEAST are joined on stage with supports from Ragdoll and Amberdown.

Tickets on sale now at OZTIX, get in quick as this will sell out! 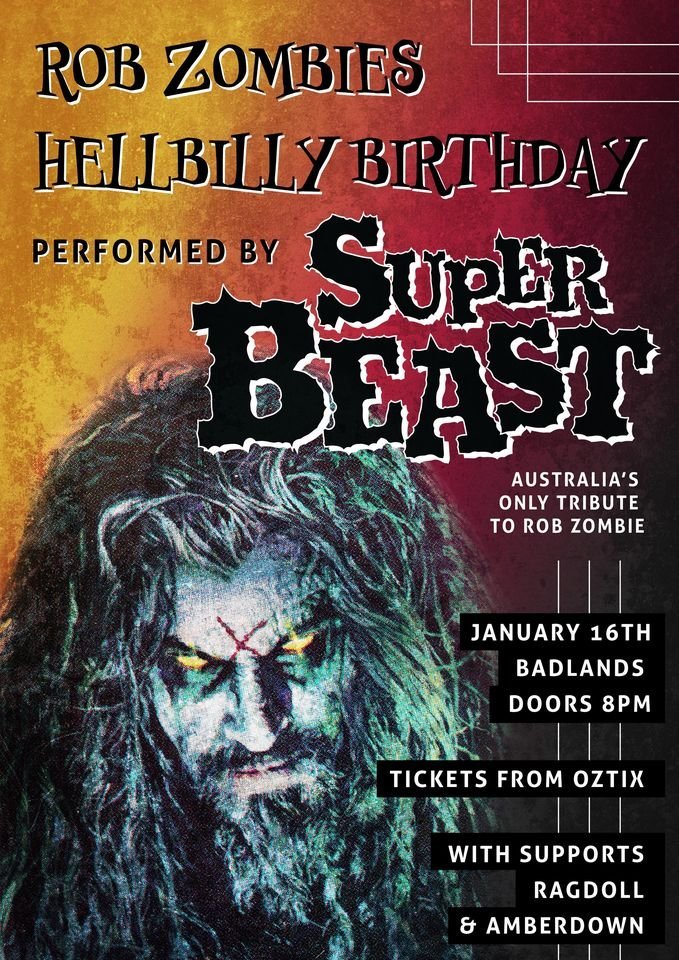