When Aphex Twin appeared on the scene with his debut Digeredoo release in 1992 he was an enigmatic presence. I interviewed him 3 times in that period. Once was around his flat which was full of homemade keyboards. He was always fantastically mischievous and nothing like a dour digital professor. Since then he has made endless brilliant groundbreaking releases.

I’ve got some of these interviews on cassette somewhere and will get them online when they are finally located! in the meantime here is a scan of one of the interviews I did with him for Volume magazine in 1992 – a brilliant magazine built around a compilation CD that was groundbreaking and open-minded. (would like to dedicate this piece to the late Rob Deacon who ran the magazine along with Robin Gibson). 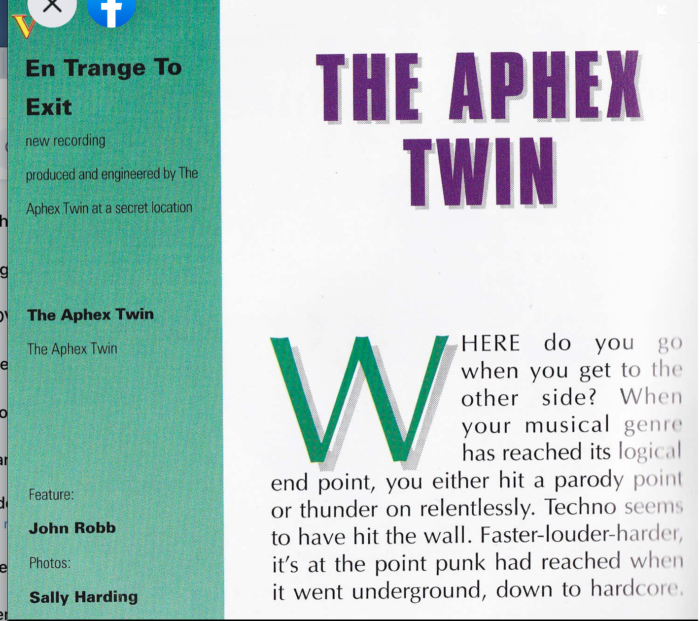 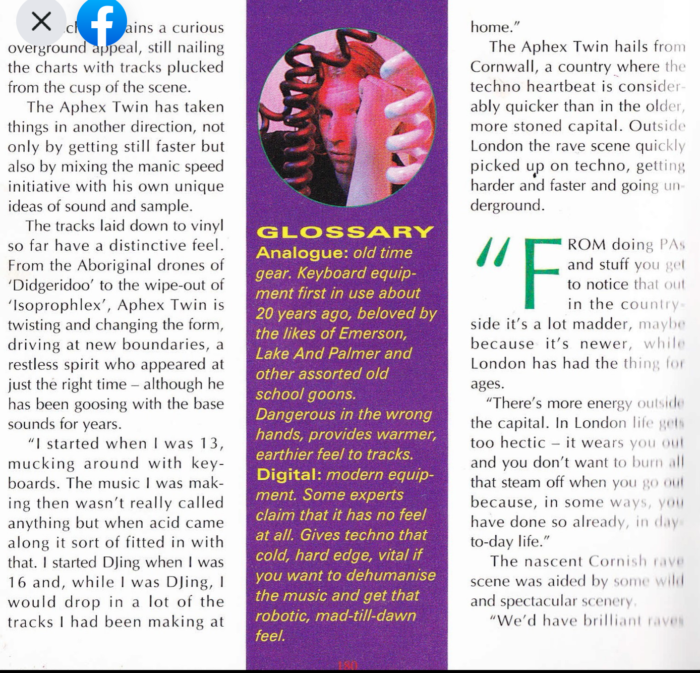 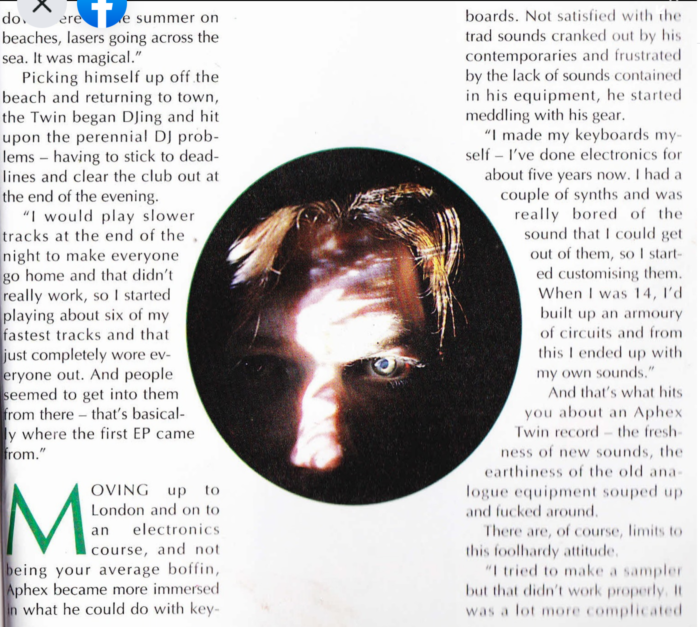 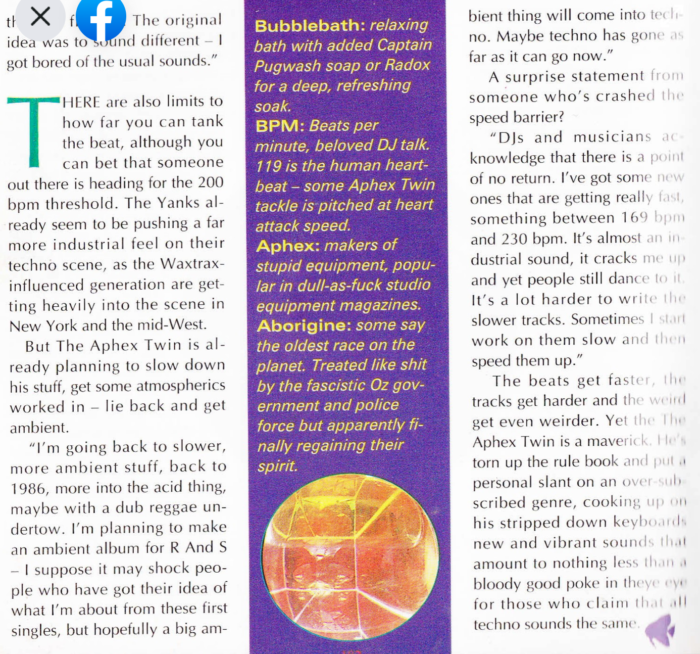 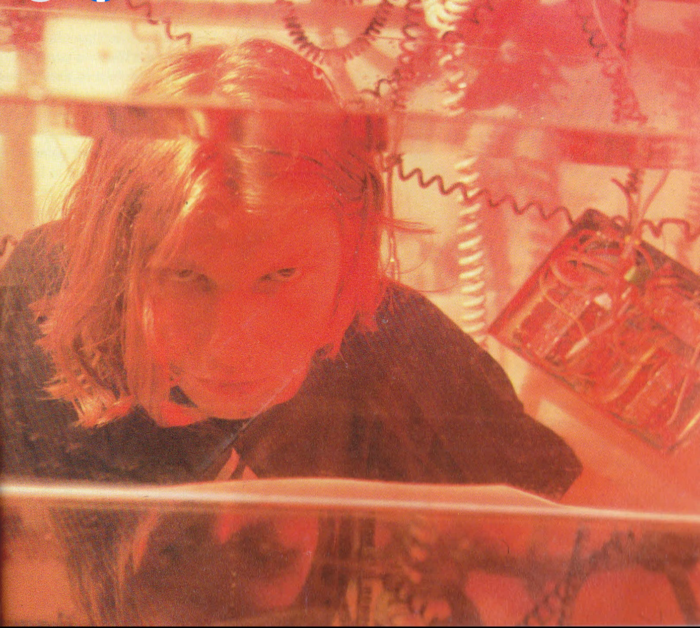 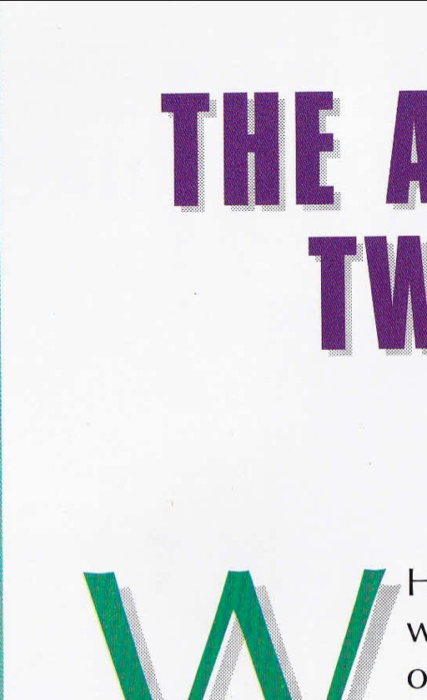 Published in Blogs, Featured and News