Though 2020 wasn’t the year Alex Gaskarth and All Time Low had planned for, there were still plenty of positives to take away from it. Just as the world looked like it might shut down, the Baltimore pop-punks crossed the pond for a couple of very special tiny UK shows, before they then launched brilliant new album Wake Up, Sunshine and scored a genuine radio smash with blackbear collab Monsters while we were all stuck at home. They weren’t able to get out and unleash this material live in the way they would have liked, but All Time Low still managed a livestream to support their touring crew, and shared the brilliant Basement Noise concert series, bringing their fanbase together virtually over five very unique performances. Here, frontman Alex reflects on these achievements – and even reveals a fresh creative mode that suggests things could get very busy in 2021…

Hey, Alex! This year has been wild to say the least, but how have you found it – both personally and professionally?
​“Totally fucked, but hey, there’s some bright spots! Man, I kinda said that jokingly, but there’s some seriousness to that. At the end of the day there’s a lot of people out there who are really going through it and have it much worse than I do, and I really feel for those people. As a band we’ve been able to maintain our health, and we’ve been able to travel a little bit while working within the guidelines to keep everyone safe. We’ve been very lucky that we’ve been in a position to still make something happen this year, and our [Basement Noise] concert series was a bright spot. With a new album out, it allowed us to have a channel to do something together as a band live. It gave us some catharsis and happiness to perform, and the feedback is that we’ve been providing a lot of happiness to people as well.”

Speaking of the Basement Noise series, live shows are obviously something everyone really misses. How important were those gigs to you?
​“Honestly, it’s been really amazing. The series in general has been very rewarding for us just playing our songs again. I didn’t think we would be able to get together at all! But then beyond that, it’s just been an incredible, eye-opening experience on how we can continue to connect with our fanbase. I think the biggest thing about it is what it means down the road: that even when all this bullshit is behind us, there are things that we can take away from this year that we were forced into doing – we can now integrate them into our normal bag of tricks. We do these meet-and-greets on Zoom prior to the show, having one-on-ones with fans for a few minutes each, and there’s been people who have said, ​‘Hey, I have a chronic illness that prevents me from going to shows,’ or, ​‘I have crippling anxiety and can’t go into big, crowded environments.’ We’ve really learned from that, and there’s something really magical about people being able to view something all over the world. I think we will continue to hold on to that beyond 2020.”

Your new album Wake Up, Sunshine was released as the world was in lockdown. How did you find that whole process?
​“It was really tumultuous, and very stop-and-go for a minute as April 3 was our release date – the world was truly going into shutdown mode and we just sat there watching it happen. Normally, in the weeks leading up to your album release, there’s always nerves and you’re a little bit on the edge of your seat in anticipation. And the closer we got to our release window, the more dire things looked for the world. Honestly, we were like, ​‘This feels kind of arbitrary and silly to even think about our album when this is going on in the world.’ And in the States, we had a big wave with the Black Lives Matter movement that surged here, and that was also extremely important. We wanted to elevate those causes and the awareness of those issues much more than we really cared about talking about our record. At the end of the day, what it came down to for us was just saying to our label, ​‘Look, we don’t have to ram this album down anybody’s throats, it doesn’t feel appropriate to do that.’ So we decided to just let it come out.”

What have you been able to do this year that you wouldn’t have had the time to if you were on the road?
​“What happened this year was that we as a band planned to have a really stacked year: you make a record and you prepare yourself mentally to go out and promote it for two years on tour, basically. We had taken a year and a half off previously, pretty much with the exception of Jack [Barakat, guitar] and I’s side-projects [WhoHurtYou and Simple Creatures, respectively]. We were chomping at the bit to get out and be busy again, and be on the road. And then it was like, ​‘No, you have another year off.’ It allowed us to focus on things that we just didn’t plan on focusing on. I had just moved at the beginning of the year into a new place in Maryland, and so not going on tour meant that we could settle in and appreciate it. I’d much rather have it the other way around, and not have anyone go through [being in lockdown], but there were some little takeaways that made things slightly more bearable.” 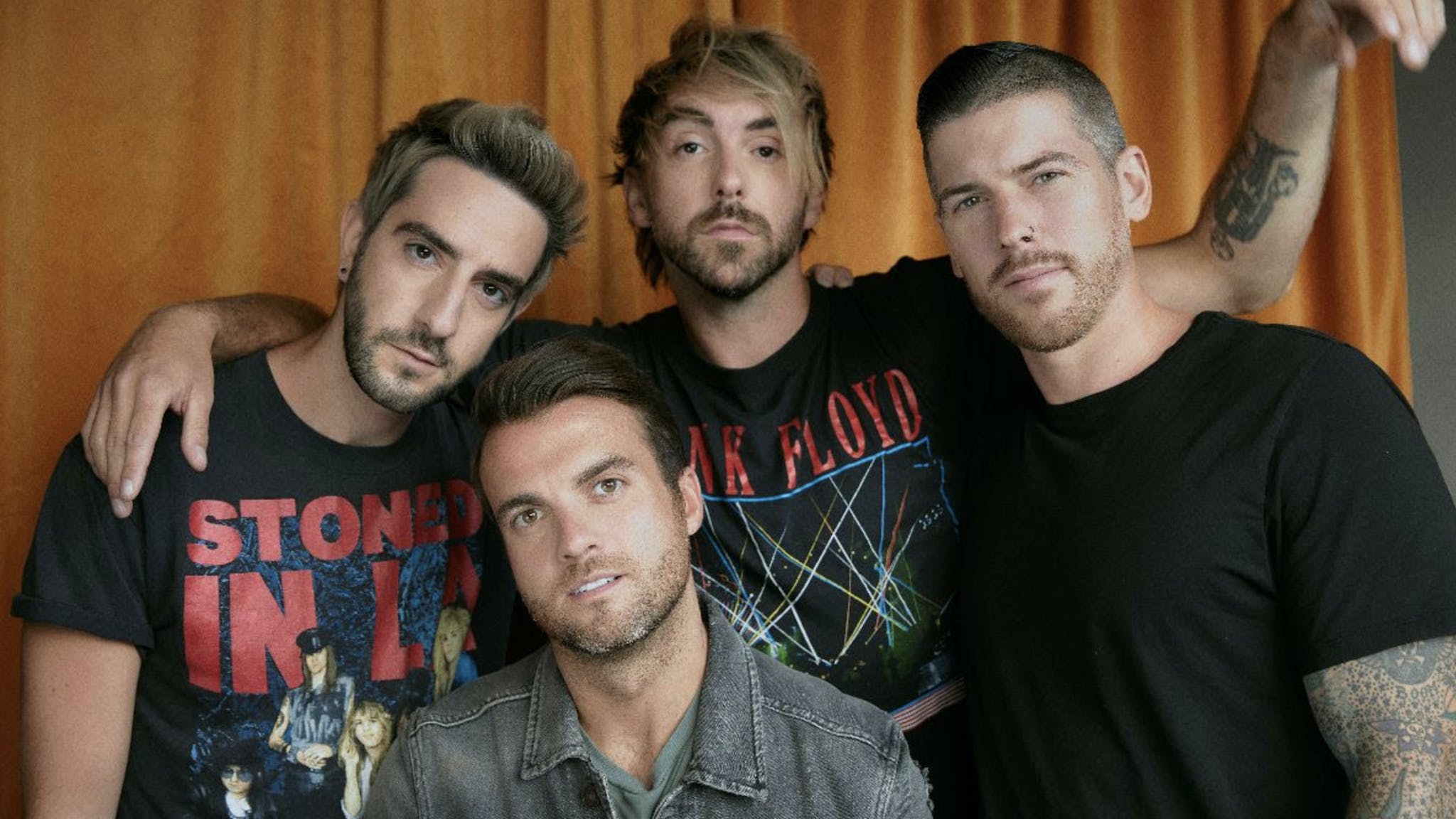 Has 2020 allowed you to re-evaluate things, and if so what have you learned about yourself in that process?
​“As far as it pertains to the band, I’m really proud of how agile and adaptable we’ve been. When I look at everything objectively, I can really take a lot of pride. It’s cool to see the growth that we’ve been through this year. Being in an impossibly tough situation to navigate for a band that relies so heavily on being on tour and all of that, I’m really proud of the fact that we were able to find ways to create new opportunities for ourselves. And even paying our crew: they were out of work for an entire year and we found ways to get everybody safely to Nashville for 15 days to make this concert series. We essentially had to fund that out of pocket with the hopes that it would generate some revenue on the back end so that we weren’t fucked. I’m happy about that because it essentially let us pay our crew for a month of work, which was really, really important. And we got to do a benefit concert for the crew, which I know came at a good time for everybody. There have been some things that we tried that didn’t work and that’s sort of like the theme of this year: it was just like, ​‘Don’t be afraid to throw a bunch of shit against the wall and see what sticks.’ That’s really the only option we had.”

Have you been able to focus on even more new music, too?
​“We got to a certain point where we just said, ​‘Let’s get back in the studio and start writing,’ because that was one of the only other things we had available to us: to be creative. Typically we put a record out and then go on tour for a long time, and I don’t normally find the headspace to write as much – I go on tour mode. So this time I quickly had to flip that gear back into creative mode and it was pretty fun! We probably have another two albums’ worth of music at this point…”

What about your band with blink-182​’s Mark Hoppus, Simple Creatures?
​“We’ve talked about it a lot and we have some ideas kicking back and forth. It was a challenge to get Simple Creatures rolling again because both of us personally just had a lot going on in our lives. Mark lives on the opposite coast to me, and despite the fact I wasn’t doing All Time Low the way we usually would, we were still very busy with that. So we haven’t been as active with it as maybe we would have liked, but there are some songs kicking back and forth. Mark and I kind of check in with each other usually at least once a week to be like, ​‘Hey, what’s up about Simple Creatures?’ and, ​‘When are we doing something?’ The conversation is always being had, and the thing that’s great about Simple Creatures is we designed it to be something that when we are ready to fire it up, it’s pretty quick to fire up. At some point I think there will be something coming your way.” 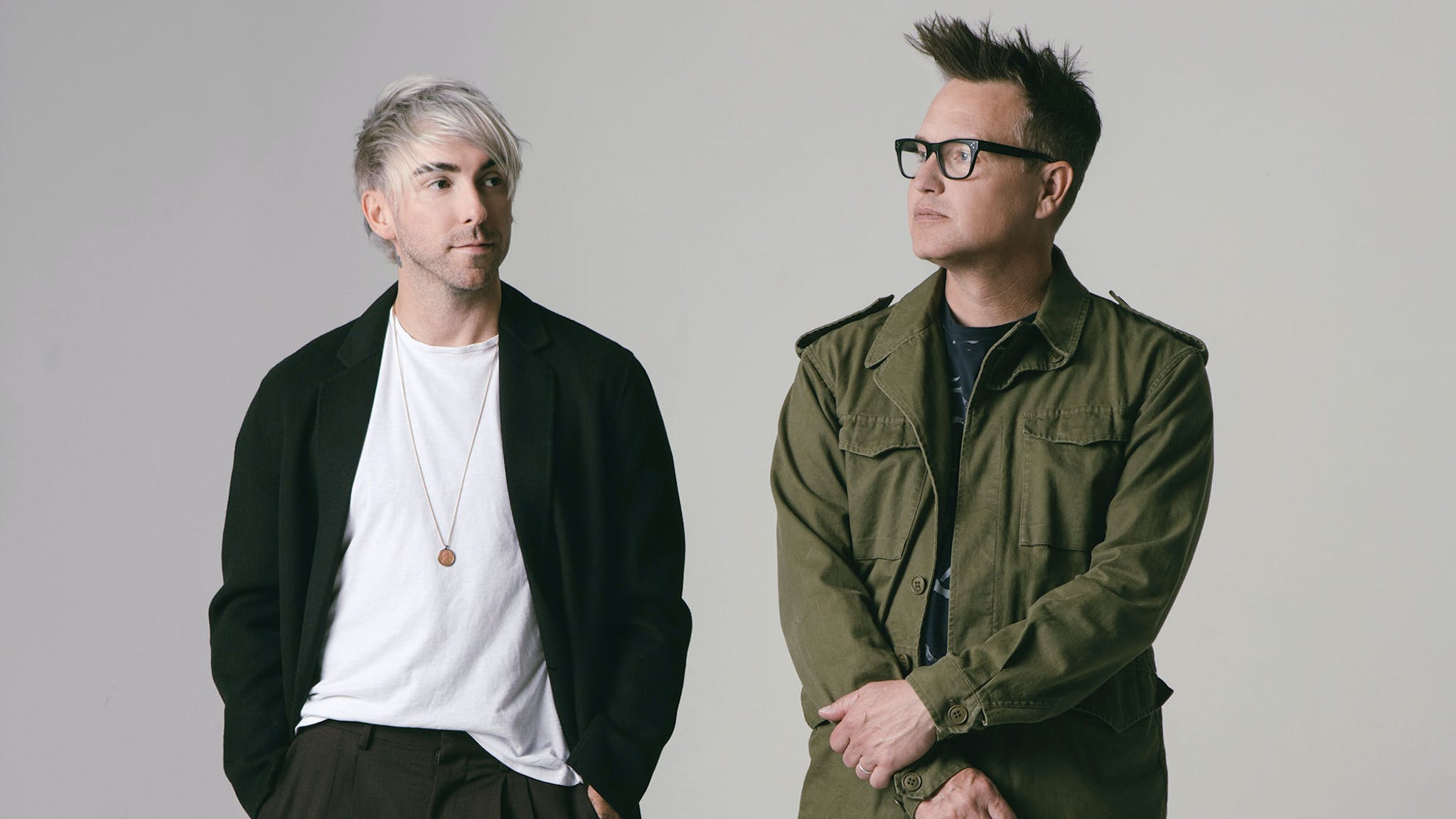 With news hitting that vaccines are on the way and some in the process of being administered, how hopeful are you of a bright future for 2021?
​“That’s a major step in getting the world back to a place that starts to resemble some semblance of what we had before all this craziness happened. I don’t think the world will ever be the same again; it’s going to be affected by this drastically going forward in a lot of ways. I’m really optimistic knowing that the vaccine feels tangible. It’s exciting to know that we’re starting to turn the corner, and for me personally – kind of selfishly – I’m really excited to be able to get back to business, to start touring the world again and sharing our music. There’s something to look forward to now, whereas a lot of this year was just… I don’t fucking know! And, again, speaking selfishly, we had a Number One song here in the States [Monsters featuring blackbear] for over 12 week on radio and that’s the first time we’ve really had a genuine ​‘hit’ on our hands as a band. It’s pretty fucking insane that this year that’s happened for us! I am so excited to go out and play that song live in front of a crowd and see what it’s like to play a ​‘hit’ for an audience.”

Would you say that 2020 has potentially changed your outlook on life?
​“Yeah, I think it has! We’re sort of living in a space where, more than ever before, we’ve seen how dire things can get for humanity – and I say this existentially as a human being. I think this has really put a magnifying glass over the fact that things can take a pretty sharp turn, very suddenly, and it really levels the playing field. It’s in those moments that you have to check yourself and realise what you can do to help people who are in a more dire situation than yourself, and recognise the humanity. It’s like, ​‘Okay, now that I know that we’re all going through this together, what can I do? What’s my role?’ I took away from it that my role is to entertain, to provide some levity to give people something to grab onto for five minutes that isn’t the news. That was the role that I decided to embrace this year.”

TESLA’s BRIAN WHEAT On Former Guitarist TOMMY SKEOCH: ‘He Has A Lot Of Animosity Towards Me, For Whatever Reason’

UDO DIRKSCHNEIDER Says He Never Warms Up Before Live Shows: ‘I Go On Stage And Start Singing’