All Time Low have announced three headline dates in the UK for September next year.

Back in February the band played a handful of intimate dates in the UK ahead of their eighth studio album Wake Up, Sunshine, but they’ll be coming back all guns blazing in 2021 – hitting up London, Manchester and Glasgow.

“Demi’s been a friend for a long time and we’re really excited that she was down to lend her absolutely incredible voice to this song as we reimagine it and continue to celebrate all the ways it’s connecting with fans around the world,” said vocalist Alex Gaskarth.

READ THIS: Why All Time Low Had To Reset Everything For Wake Up, Sunshine

Discussing Monsters in a track-by-track breakdown of Wake Up, Sunshine, Alex revealed:​“This was done in Palm Springs, in the later part of the process. We knew once we’d written it that we had something special; there was an energy that felt like it was going to be one of the standout songs on the record. Andrew [Goldstein, songwriter] had been working with blackbear on his new music, and as we were listening back to everything, he spoke up and said,​‘It would be really cool if we sent this to blackbear!’ We had never thought of that before, but he was really into it, and he sent back this thing to Andrew saying,​‘This is kind of the headspace I’m in at the moment anyway, so I already feel like I could write something for this.’

​“It really elevated the song, and took it to this new, refreshing place that we had never properly explored before. We’ve never really collaborated with someone in rap or hip-hop, and this brought a lot more energy to the song. It was a fun one to do!”

You’ll be able to see All Time Low play Monsters, along with loads more tracks from Wake Up, Sunshine at one of the dates below. Tickets go on sale December 11.

ALL TIME LOW have today announced three UK headline dates for September 2021! The quartet will perform in London, Manchester and Glasgow next year in support of their UK Top 5 album, ​‘Wake Up Sunshine’, with tickets on sale from Friday 11th December. 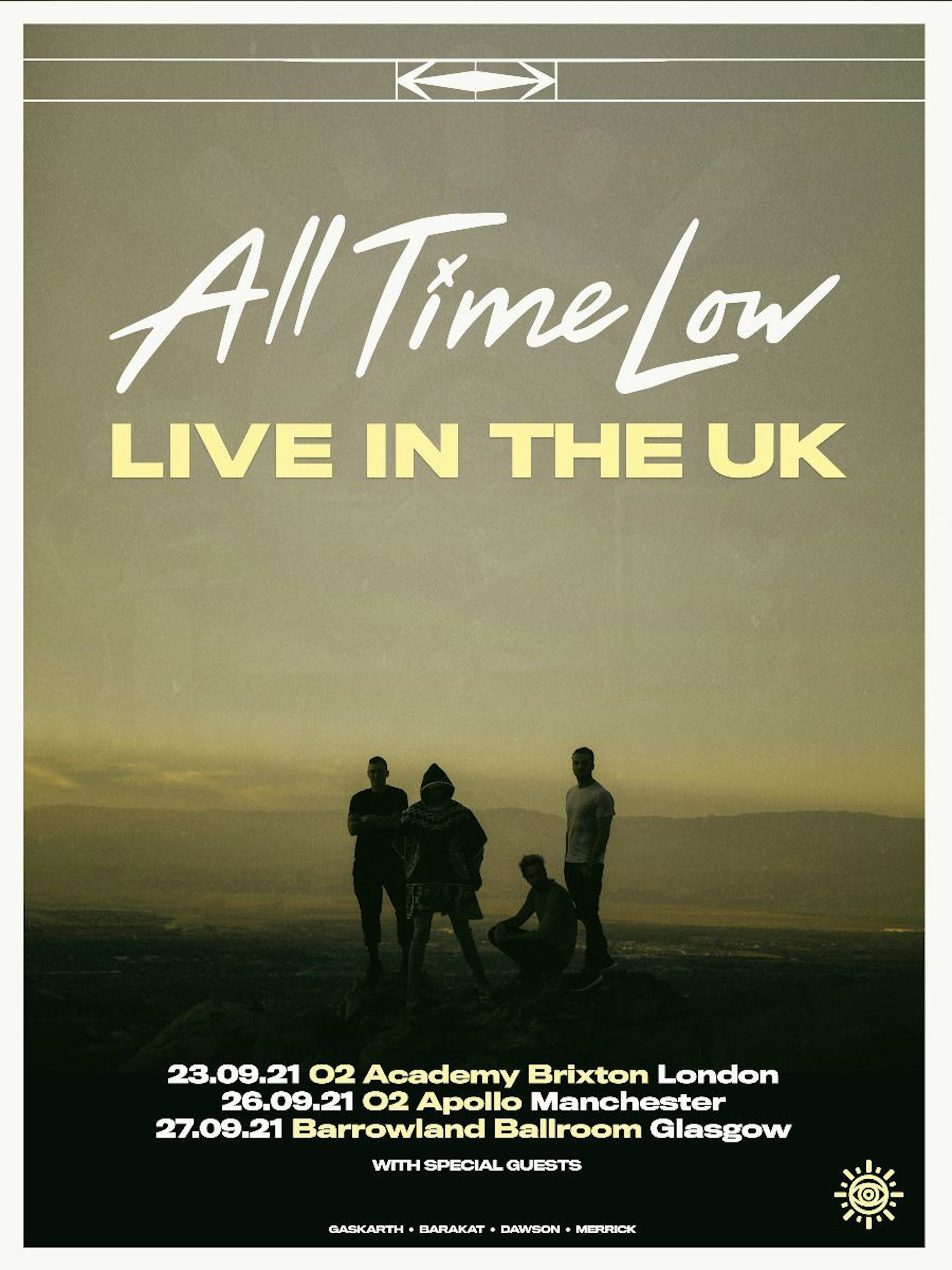 Shares
By iloverocknrollDecember 8, 2020Home, The News