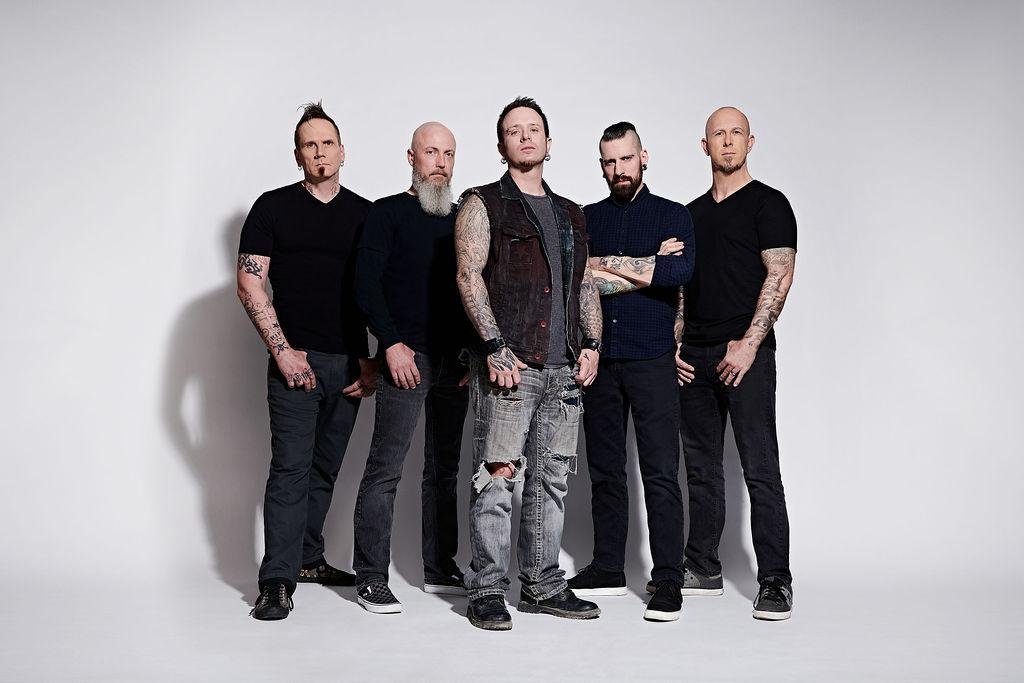 All-star modern metal band Imonolith return with huge new single ‘Angevil‘, and tease new EP Progressions. This is the first new music released by the band since their critically acclaimed debut album, State of Being.

Says drummer Ryan Van Poederooyen: ‘”Angevil’ is an aggressive, hard hitting song from Imonolith’s upcoming 2021 EP, Progressions. Musically, the song shows a more progressive evolution of the bands songwriting since the release of our debut album, State of Being. Lyrically, ‘Angevil’ is about people who want to portray themselves as good willed, honest people but in all reality their negativity, their egos and lies show their true colours. In short, they want to be angelic but the more negative, dishonourable side always prevails. Hence the song title, ‘Angevil’.”

IMONOLITH features drummer Ryan Van Poederooyen (Devin Townsend Project) guitarist Brian ‘Beav’ Wadell (Devin Townsend Project), Jon Howard (Threat Signal), guitarist Kai Huppunen (Methods of Mayhem, Noise Therapy) and Scott Whalen (Econoline Crush). The collective of heavy-hitting players at the top of their game, released their debut album State of Being, in 2020. The album features special guest appearances from Jens Kidman (Meshuggah) and famed Swedish vocalist Johannes Eckerström and is made up of 10 hook-laden, riff-heavy tracks that centre around the theme of how people deal with various stages of life.

Even with their big album touring plans cancelled due to the Covid-19 pandemic, the band showed no sign of slowing, and recorded a series of play-through sessions. Watch them here: https://www.youtube.com/imonolith

‘Angevil’ is first in a series of new singles to be released, and with tour plans firming up for later in the year and 2022, you’ll be hearing a lot more from this ferocious new act very soon.