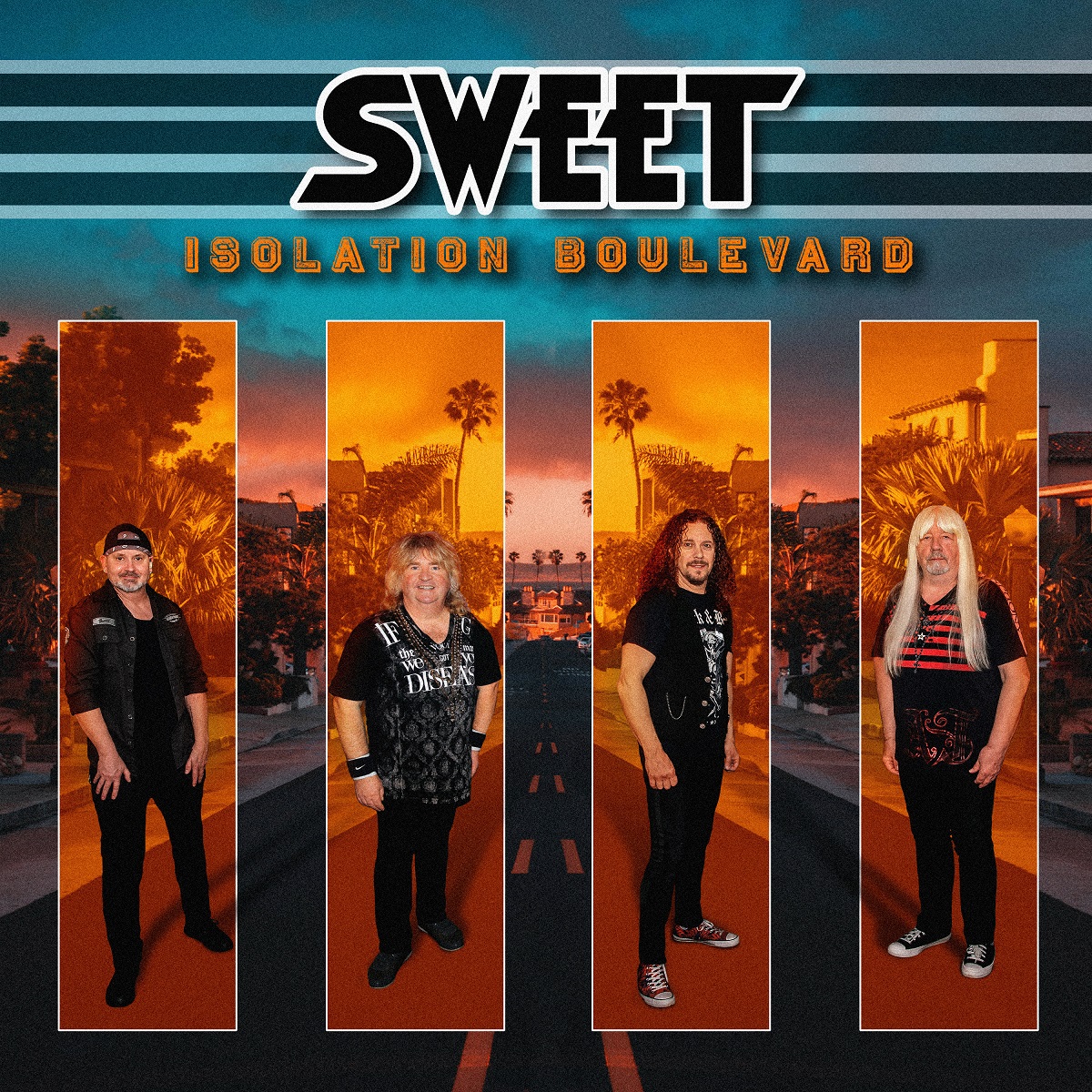 Sweet has been around all my life. One of the first bands I heard as a kid growing up in the 70’s in the days of just three TV channels and not many more radio stations in the UK they always seemed to be there. If it wasn’t on the TV or the Radio then it was in the glossy magazines of the newspapers. Back in the day Sweet was a hit machine – fueled by a never-ending supply of hit singles by Mike Chapman and Nicky Chinn (who also wrote for Suzi Quatro, Mud, Smokie and Racey) they always seemed to be in the charts.

I first got to see Sweet live back in the 80’s when the entire classic line-up was still with us though performing separately. I saw Brian Connolly play a Christmas show sometime in the late eighties as The New Sweet with Slade II and John Rossall’s Glitter Band Experience. Years later I caught Andy Scott and Mick Tucker in the UK and Andy Scott in the mid-nineties down in Australia when Mick had left before finally catching Steve Priest’s version of the band in the US in 2010 in a field in Oklahoma.

Now of course only Andy is left, and this is his band’s new record, whose title and cover echo Sweet’s third album, ‘Desolation Boulevard’ from 1974. It is not as some sloppy reviewers have suggested a reworking of that earlier album as it contains only a handful of the songs from that classic, it’s not even a reworking of the band’s Greatest Hits including as it does a cover of Hello’s ‘New York Groove’ from their 2012 New York Connection album.

The most interesting inclusion is probably ‘Turn It Down’ the second single from the original ‘Desolation Boulevard’ album that reached a disappointing 41 on the UK charts but was omitted from the US release of the album. We also get ‘Set Me Free’ (released as a single) possibly Scott’s greatest song and the opening track on ‘Sweet Fanny Adams’ and then of course there’s the hits all the way to the closing track – the immortal ‘Ballroom Blitz’ which retains the opening lines “Are you ready Steve? Andy? Mick?” and the spoken responses even though of course neither the speaker (originally Brian), or Steve or Andy are with us. It’s 50 years this past January that Sweet first hit the charts in the UK and that last number is a timely reminder and a tribute to the guys that made it happen.

The current Sweet line-up sound great and these songs were all  recorded during lockdowns between September and October 2020. Original member guitarist Andy Scott and long serving drummer Bruce Bisland are joined by bassist/backing vocalist Lee Small (Phenomena, Shy, Lionsheart) and vocalist Paul Manzi (Cats In Space, Arena) and they certainly do justice to the songs keeping them alive for the current generation.

The question I guess is – do you need another reworking of the classics when the current line up on paper seem more than capable of creating something new and special? Me? I enjoyed the reworkings especially as the guitar comes more to the fore, but there’s nothing like the originals.