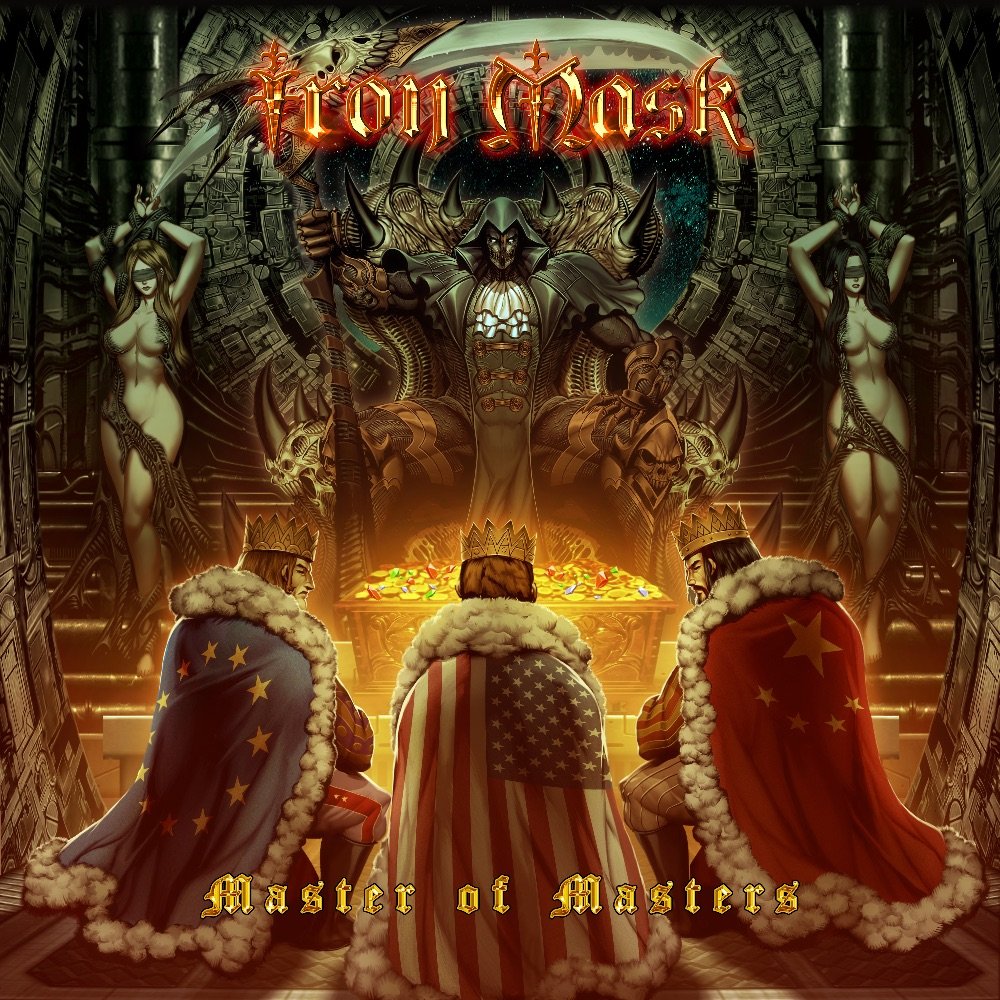 The novel’s effect is what you can feel in 2020…..Alexander Dumas inspired them and decades later, Iron Mask come to ya,  with a brand, fantastic new album!

It’s loud since the beginning, no time to wonder if it’s as good as the previous or as their most beautiful hits. Speaking of which, their melodies were beautiful but now it’s time for a wild album, in a turbulent year, to shake the metalheads and tell them the tours are blasting with music again, as the new year starts…..

“Never kiss the ring”, the opening track, warns you not to do it, not to ever think that they wouldn’t be back with their best effort up to date.

Not only Malmsteen would be experimenting with the neoclassic side of metal. “Tree of the World” gets you further into the spirit of the rhapsodies of heroic Goths, while the chorus reminds you of Maiden’s famous song, but we’re in another Era and the importance is bigger, as you listen and instantly feel it is a wonderful effort!

And if you want a revolution, the dudes of Belgium made sure that this line-up is indeed what you’re lookin’ for, to headbang and let ur anger out, with the words of protest against those who won’t succeed in their attempts to see us as slaves.

Having toured with Anvil among other acts, Petrussi, the founder and composer only improved the band’s songs as the years in another direction than the fans would want for most groups of powerful metal.

For you that feel bad at any time, not having the strength to go on, remember that songs are written for ya, as you can’t help but feel the world of epic lyrics get to you and then you know you’re at that concert and at the other concert, not alone, but surrounded by rockers who won’t let metal die !

But sometimes, “Dancing with the beast” is sweet, just like the intro of the song in the middle of the album. It gets heavier as your dark side is not something you need to hide, but only let out, to feel the guitars of the Masks!

“Mist of Loch Ness” you will like more than the others….   Is it the title? The intro? The filmic feeling you have as it starts? You tell me, but one thing’s for sure: it’s a hell of a wild ballad, not just any ballad, this is heavy as iron, masked with what their 2020 awaited, newly introduced metal that you are going to love, as soon as you get your hands on the cd containing the songs of “Master Of Masters”, to you on December fourth !

There are those who don’t focus on the lyrics…..fair enough but you don’t have to wait and listen to “Sagittarius A”, the short instrumental that gives to the album that colour that is lacking in music during the modern years.

As it is on the way to closure, the last track ain’t an intro-reprise of “Tree of the world”, no. It’s intelligently put there, to leave you with the feeling of a beautiful rhythm, not that fast, not a ballad, but with the bells of metal, loud for those who can’t wait to rock with the Masks, the iron dudes of Europe that once again, make you gather and celebrate metal!