ALBUM REVIEW: Freddy and the Phantoms – A Universe From Nothing 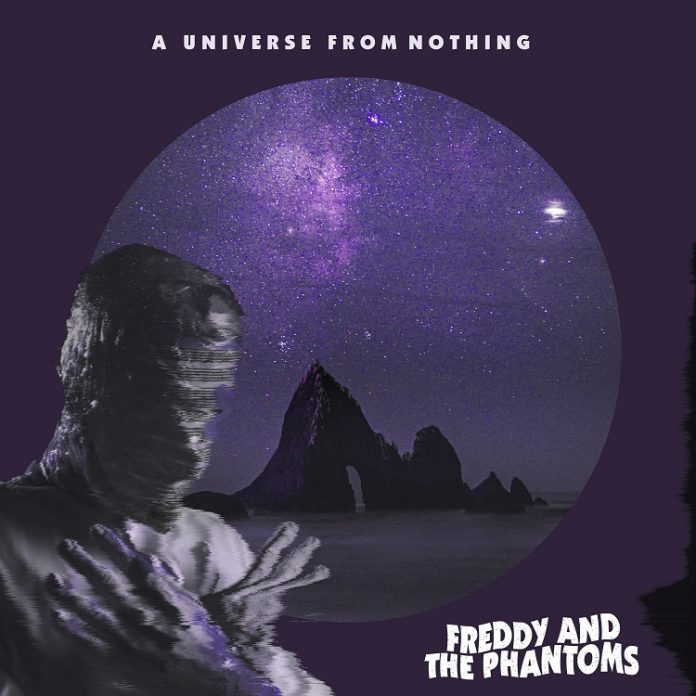 Occasionally a great album slips past you for one reason or another and one of the very best I missed in 2020 was ‘Freddy and the Phantoms – A Universe From Nothing’ which kicks of with the energy and drive of  ‘First Blood Universe’ before it drops a bombshell and hits you with one of the tracks of the decade – ‘River of Hate’ – it really is that good! Imagine Rival Sons were from the 70’s and that’s it!

Now whilst the rest of the album can’t quite match that brilliance, you know what? It’s not that far off. And for those that know FATP for their Blues-based Rock then this record will take the a few steps away from that – being both more of a traditional Rocker and also  concept album!

And the great sounds just keep on coming! ‘Lilith’s Nightmare’ is a huge funky beast that sounds like vintage Gillan-led Purple; whilst ‘Bermuda Blues’ keeps that thought before Andromeda Pt .1 and .2 proves beyond doubt that these guys ARE time-travelers from the early 1970s!

After that wonderfully organic interlude which effectively cuts the album in half things turn hotter and more progressive. Indeed ‘Loners on the Run’ inhabits that mystical territory that bands like Magnum and Dio inhabited; whilst ‘The 11th Guest’ keeps that thought but adds a little dare I say ‘Metal’!

We close the record with three more fine offerings – first ‘Hunger’ hits you with it’s huge riff and stellar Hammond  organ, before the hard rocking swing of ‘Freedom is a Prison’ which has the essence of vintage Rainbow and ends with an homage to Jon Lord! Finally we get ‘Inferno’ a song which again gets that huge groove going. It’s a huge ending to what has been a very fine album indeed.

This is the most ambitious and rewarding album so far by a band who sound like they pushed themselves and exceeded all expectations! Fantastic stuff!