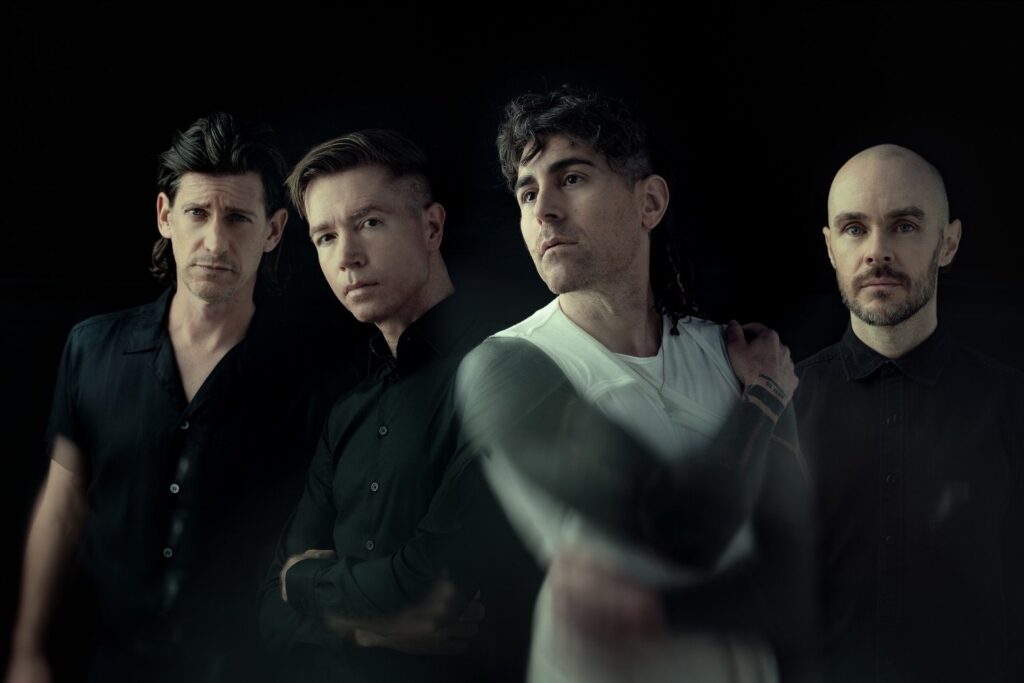 These new tracks — the band’s first new music since the acclaimed The Missing Man EP in 2018 — showcase the bold, propulsive style for which AFI has become known.

Hear both tracks now at https://riserecords.lnk.to/AFI

This release will be the first of many for 2021 — stay tuned for news about a new AFI album, which will be announced soon.

“Twisted Tongues” and “Escape From Los Angeles” were produced by the band’s own
Jade Puget and mixed by Tony Hoffer (M83, Phoenix, Silversun Pickups).

“As I recall, ‘Twisted Tongues’ came of the Blood era and was the first piece of music we explored on the new album,” vocalist Davey Havok explains. “The dreaminess of the music lyrically inspired themes of unforseen severance. It is a pining song of being set adrift by those who once feigned to share the same anchors.”

“Los Angeles, like most of my loves, is imbued with a darkness and radiance,” Havok continues. “Musically, ‘Escape from Los Angeles’ called for my own vantage to this classic theme of the city’s dichotomous allure.”

Anyone who knows our catalog knows that no two records really sit together,” adds guitarist Jade Puget. “Some sit a little closer, maybe. We do certain things, just by virtue of who we are, that are consistent, but those things come about organically. Every time we do something, I have to judge it on its own merits. Some fans are going to judge a new album, or a new song, based on what’s come before. But as artists, we can’t do that, because it would only hinder our creativity.”

Published in AFI and News: General