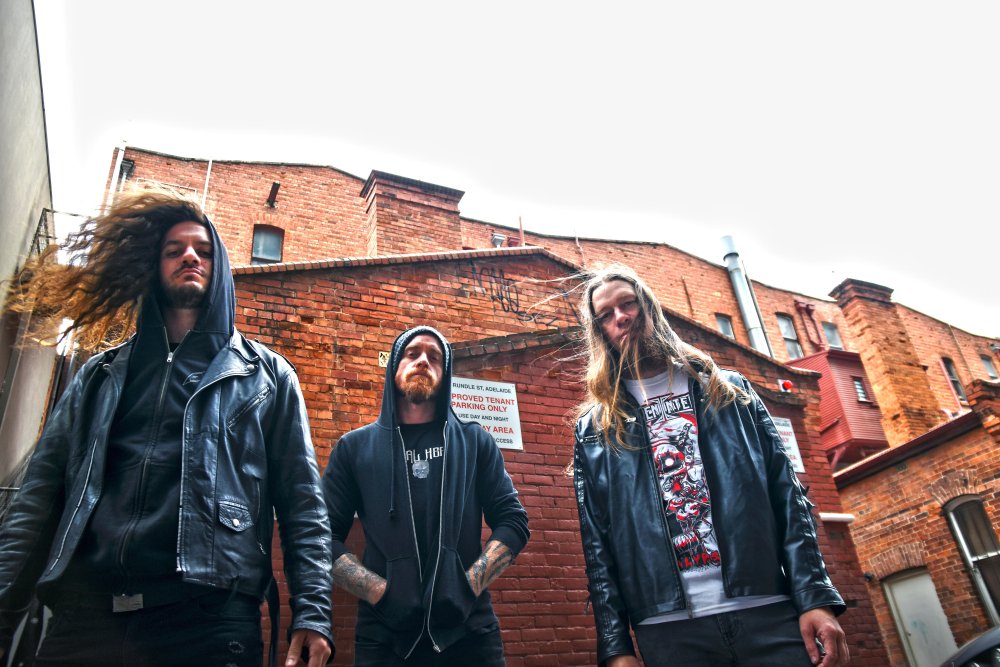 Adelaide thrashers HIDDEN INTENT have released ‘Breaking Point,’ the first single and video from their upcoming full-length album ‘Dead End Destiny‘. The forthcoming album will be fully discharged on February 26th, 2021 and will be celebrated with a huge launch at one of Adelaide’s best live music venues, The Lion Arts Factory that same day.

Bass player & vocalist Chris/McThrashy states: “We wanted to step up the production on this album, on our past releases we had a tour or album launch coming up, so the mixing side of things was always rushed as fark. Because of the current plague, we could take as long as we wanted and get it right. Dennis Koehne has done an amazing job capturing our niche sound of Aussie thrash metal that we are known for but also raising the bar in terms of matching the quality of other European releases. Some songs lean on our party-thrash elements while others dig deep into more serious topics – Hope you bloody dig it!”

Since their inception in 2011, Adelaide built thrash metal brutes Hidden Intent have been working harder than a meat mincer in an Aussie pie factory, nabbing themselves a whopping fan base worldwide with their 80’s thrash style deeply rooted in the Bay Area and Teutonic thrash scenes. Fuelled by a firestorm of riffs, frenzied guitar solos, frenetic drumming, gritty vocals and all mashed in together with a solid slab of party, Hidden Intent punch on ruthlessly on the live front as they charge themselves loose onto crowds like a bull at a gate!